Hey all, Silent Voices has been on pause for a while, I may pick it up again later in 2016, but in the meantime, check out my new wildlife/nature photography blog at https://wildthingsphotography.wordpress.com/

through states through time

*A glosa is a form that pays tribute to another poet. It borrows lines from his or her poem to end each stanza of the glosa’s four 10-line stanzas.

Rubbing its back upon the window panes ;

To prepare a face to meet the faces that you meet ;

There will be time to murder and create.

In its heart it holds

run through its veins,

Rubbing its back upon the window panes.

a kind of muted violence

In darkness it steals minutes

in its greed takes hours,

even days months and years

is appetite and crime.

people staring at their feet,

To prepare a face to meet the faces that you meet ;

In a cruel twist of fate

curls up in a corner

so make your choices choose your fate

There will be time to murder and create.

For the love of place,

And of sacred spaces

Traces of dust and sand

Back to their roots

In the entrails of the land

Entangled in the past

The present and the future

The ebb and flow

Of time, of tides 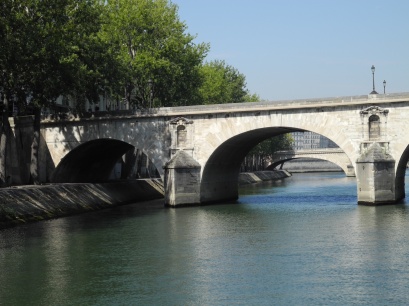 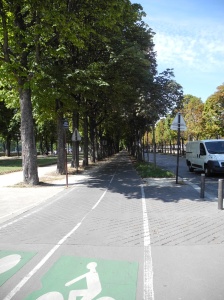 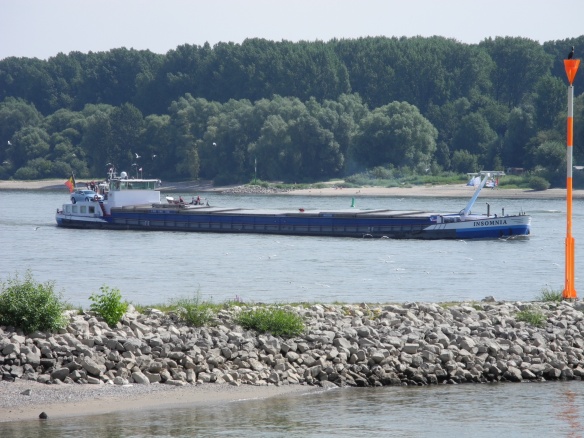 Ship on the Rhein

We landed yesterday morning at the airport in Frankfurt, dopey with jet lag and overwhelmed by the sheer amount off people. After taking a fast train to Colongne,reunited with our mother and happy to see our grandfather and his wife, we spent much of the day walking around so as not to fall asleep asleep.

We dodged so many cyclists and were amazed at the bike culture in Cologne- as a pedestrian, there is a real danger of getting run over!

Now we are in Paris, tired and excited for tomorrow.

Some images from an earlier hiking trip this summer… 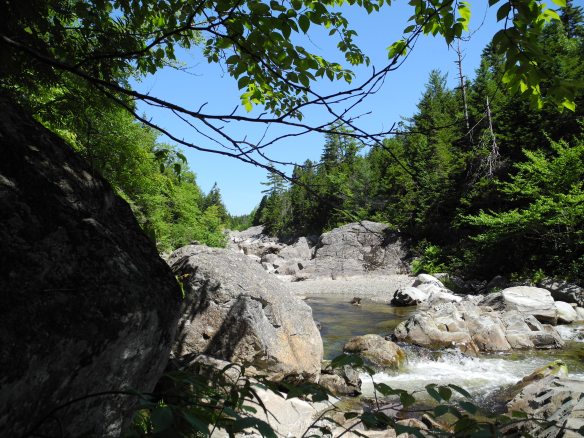 River on the Moosehorn trail 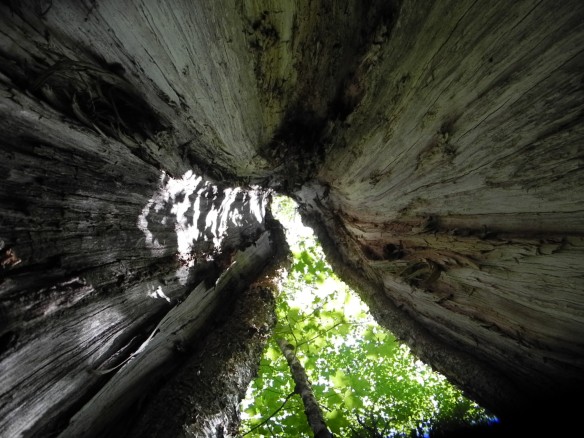 The River fuller than I remember it, waves rolling towards the shore and washing up against the rushes, on the doorstep of our old home. 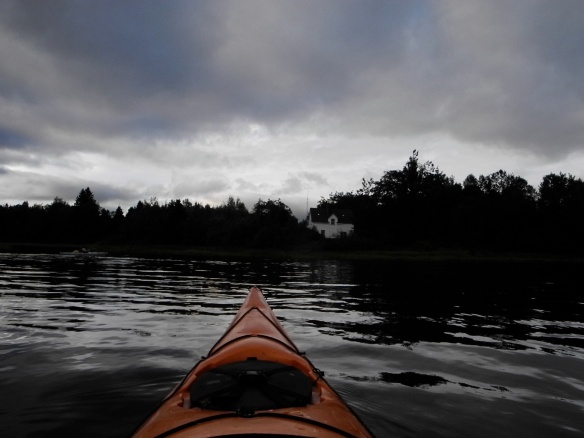 Then, a break in the clouds and the sky takes on a pale blue with dark purple-blue clouds, like bruises, crowding the edges. 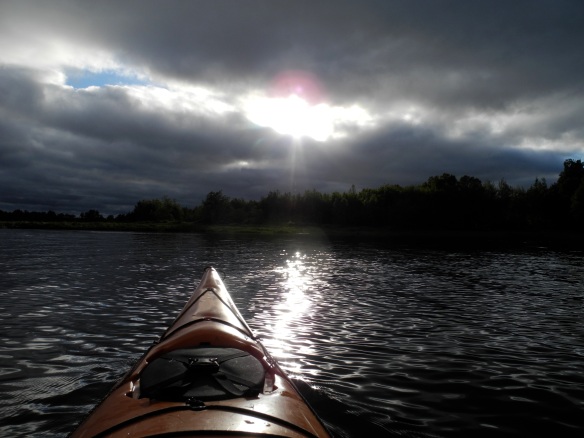 Kingfishers, -assumed descendants of a certain individual named Charlie-, chatter as they swoop into over the water and perch along the shore. The Charlies have lived along this river for as long as I can remember, and so has the heron.  Long-legged, long-necked, he clears the treetops, his pterodactyl-like figure surprisingly graceful both on land and in the sky. Every summer they, the River, the oak trees, the old house, they’re all still there, just like before. Just older, bigger, smaller, wilder, more run-down. 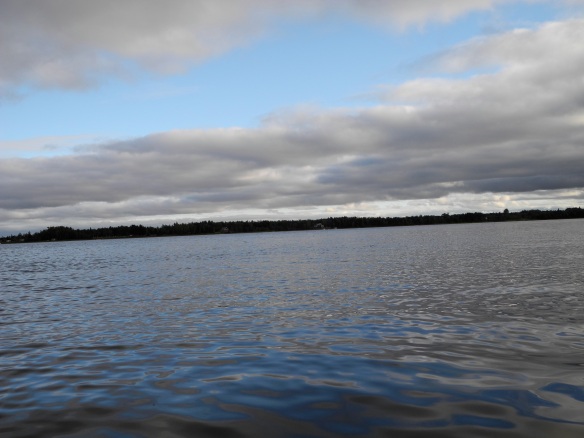 Tabusintac, Taboosimgeg, till we meet again.

A Nova Scotian wilderness provincial park along the Bay of Fundy with jagged sea cliffs, coves and gullies and 40 beautiful kilometers of backcountry trails and remote campsites.            Ideally one would take a few days and do the Cape Chignecto Coastal Trail, the whole loop around the park but time not permitting this time, my family and I did a weekend-version with two 6K hikes in (Mill Brook, Refugee Cove) and one 12K out (Refugee Cove to the visitor centre).

The terrain at Cape Chignecto is rugged, with several steep climbs that seem to never end, with loose rocks and dirt, the trail switchbacking up to dizzying heights in endless zigzags. Backpacking heaven and hell all in one. 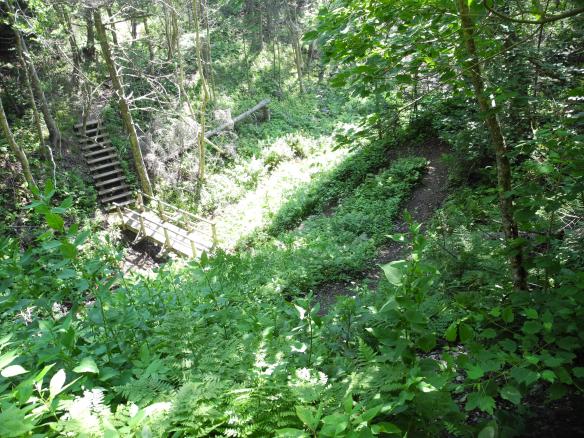 This was nothing compared to the rest…

Life on the trail is so much simpler, the placing of one foot in front of the other, shoulders straining against pack straps, boots slipping on roots and rocks and dirt, greenery on either side and air, fresh air.

Walking at the top of cliffs plunging into the ocean, the edge so close and the water at the bottom so blue, the rocks so sharp.

Walking on the edge makes the breathtaking views all the more spectacular. 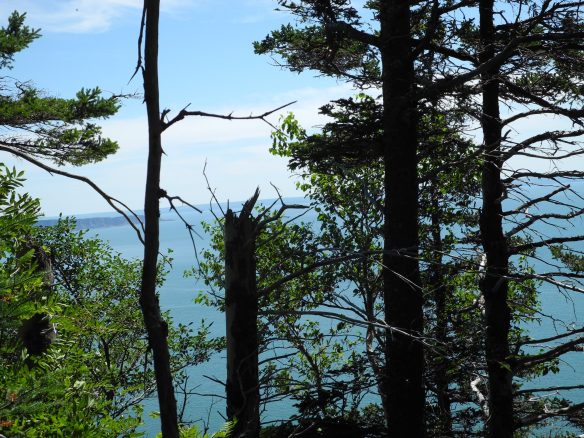 Forests of sugar maple leaning against the slope, hermit and swainson’s thrushes, encouraging us with their musical notes, glimpses of blue through the trees, the ocean always there and the cool breeze with a hint of salt to remind us.

Mixed forests with the tiny but long-winded winter wren who has so much to say about who knows what. The black-throated green warbler who adds his own personal touch to his song, an excited flourish at the end that makes him recognizable amongst all the others of his kind.

There’s sweat and soreness and blisters but the trees offer support and the birds sing… Sometimes there is no flat ground to stand on for almost an hour and sometimes it becomes difficult to decide what is harder; up or down? Does this descent ever end? Is there anything at all at the bottom of this? But then, a waterfall or the stream, rushing over boulders, the bottom.

The beach at Mill Brook

Cliffs rising on either side of the cove, bronze veined with black, or slate grey, and rocks covered in shaggy seaweed and barnacles and periwinkles, dog whelks, isopods…

Arrival at Refugee Cove- the beach

Fog banks collecting on the horizon and disappearing again, ravens swooping into the valley close on the heels of an eagle…

Waves rumbling against the shoreline.

Life on the trail is always real, never fake.

Heading further into the valley to our campsite at Refugee Cove 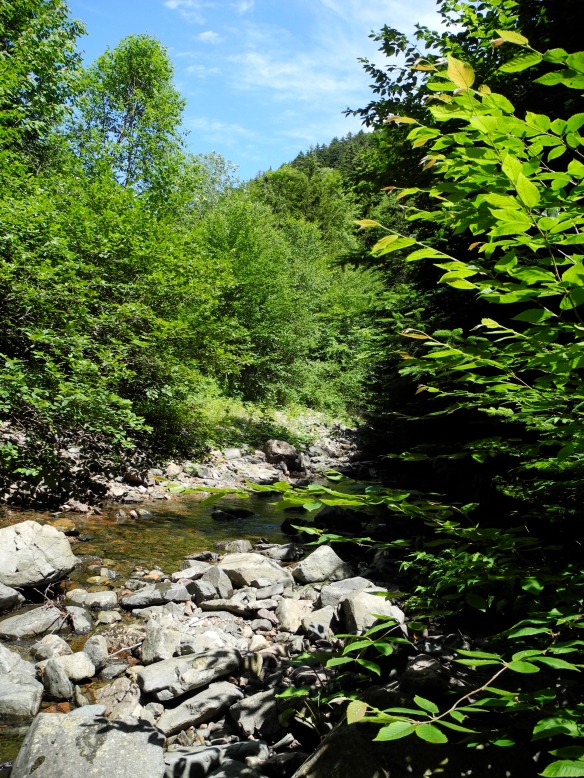 The brook at Refugee Cove, not far from the campsites 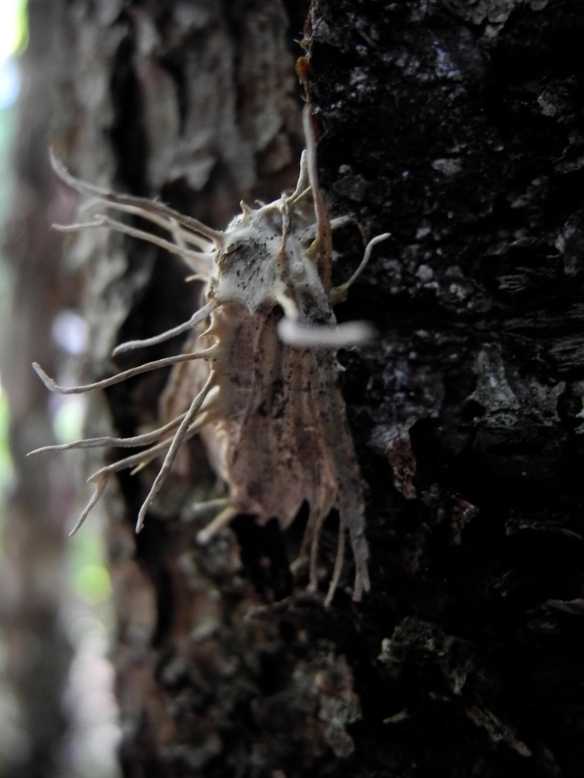 This was strange. We found a moth with a fungus growing out of it. (The moth was dead)

Last stretch of our 12K on Monday, down to the beach

A few summers ago I wrote a post about an old marsh barn, the very one I chose as the picture for my blog’s header. It’s been about two years, and the barn doesn’t look much different. It still leans, is missing both doors and looks really cool. 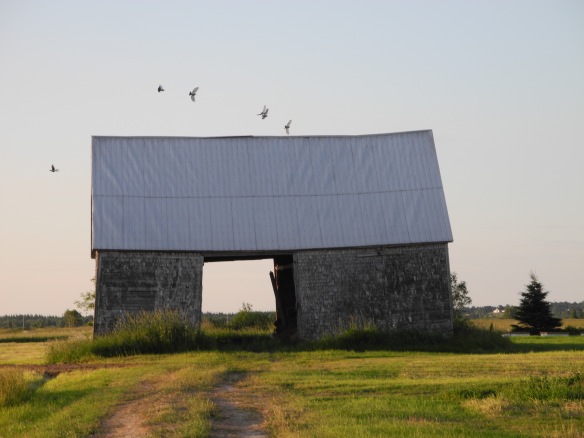 pigeons leaving the roof as we approached on our bikes

It’s one of my favorite places on the Tantramar Marshes and I’m not even really sure why. 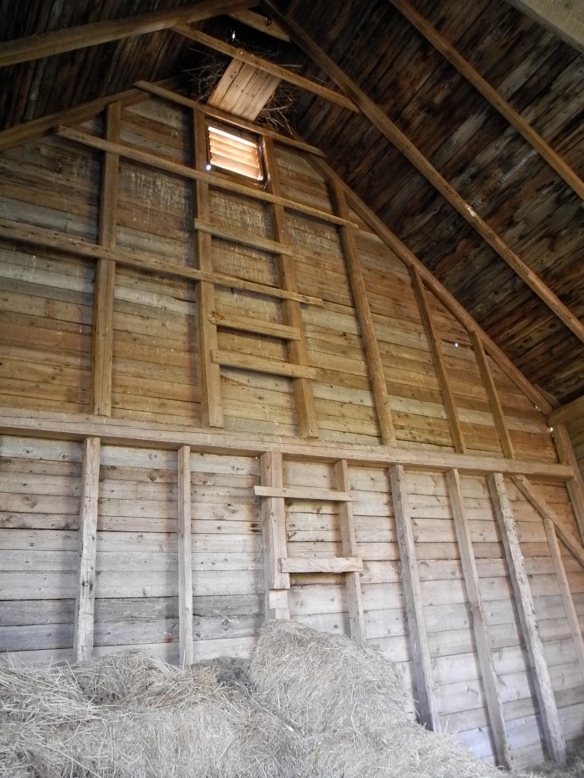 Inside! Up top there’s a nest, likely an owl.